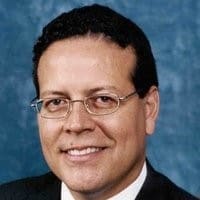 It is with great sorrow that the Florida CCIM Chapter’s Miami-Dade/Monroe District announces the passing of a fellow designee,  Cesar A. Ruiz, CCIM.

The long-time CCIM passed away recently and funeral services were held in Miami on July 21.

Mr. Ruiz had served most recently as the Principal & Senior Managing Director for Axis Realty Partners from 2014 to the Present. His expertise focused on international investments.

Mr. Ruiz previously had served as the Senior Managing Director Latin American Operations Global Corporate Services for Newmark Grubb Knight Frank from Nov 1999 – Jun 2014 at their Miami offices.  Cesar Ruiz joined the Newmark Grubb Knight Frank Global Corporate Services Team through the 2012 merger of NKF with G&E. He had been with Grubb & Ellis since 1999, and the relationship ended in June 2014. Prior to that Cesar began his career with Cushman & Wakefield from 1985 to 1999.

Mr. Ruiz held a BS in Biology from Florida State University. He is also a Certified Commercial Investment Member designation, which he received in 1993 (CCIM #5153), he was also an Individual Member of the Society of Industrial and Office Realtors (SIOR). He is a Member of The Royal Institute of Chartered Surveyors (MRICS), a Designated Certified International Property Specialist (CIPS), and a Member of The International Real Estate Federation (FIABCI). Mr. Ruiz was a also a member of The Royal Institute of Charted Surveyors, London, England. He was fluent in English, Spanish, conversational Portuguese, and conversational French.

Fellow CCIM and SIOR John Dohm attended Mr. Ruiz’s memorial service along with other CRE professionals who worked with him over the years.

“I remember him as a very nice, highly-educated and thoughtful man,” Dohm shared.