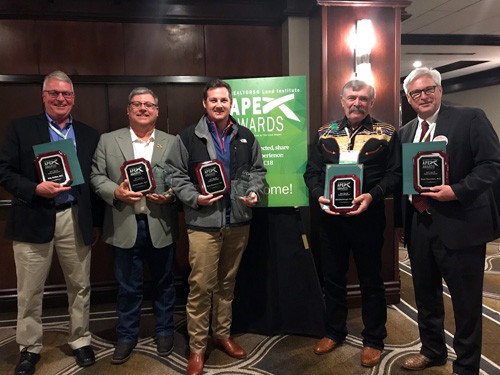 The APEX Awards Program, sponsored by The Land Report, celebrated its inaugural year with fifty applicants totaling a combined $1B+ in qualifying transaction volume. The awards program is designed to recognize the excellence and performance of the best in the business with these prestigious land real estate production-based awards. Every year, the REALTORS® Land Institute recognizes the year’s ‘Top Producer Award’ for the agent with the highest production level; ‘Broker of the Year Award’ for the agents with the highest production in each of the seven distinct land categories; ‘Wrangler’ award for the agent with the most transactions; the ‘APEX Top 20’ recognizing the top twenty agents, and the “APEX Producers Club” recognizing all applicants who met the minimum qualifying volume of $4M.