The Right and Duty to Vote, a Cornerstone of Democracy

The Right and Duty to Vote, a Cornerstone of Democracy
May 28, 2019 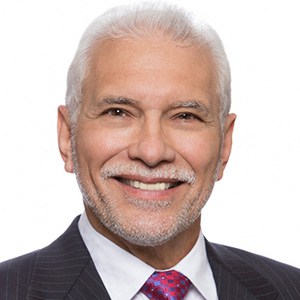 Once again, we have arrived at the time of the year when the Florida CCIM Chapter must nominate and elect new officers to serve in 2020. I have gained valuable insight into the nomination and election process over the last 3 years as a member of the executive committee and last year as the Vice President of Administration. The VP of Administration is charged with the responsibility for Chapter elections and providing the Institute with the names of the newly elected chapter officers no later than November 1 or 30 days after the date of the elections, whichever comes first.

This birds eye view has allowed me the opportunity to observe first-hand the poor member participation numbers in both the nominating and election process. In spite of the general lack of participation, the Chapter has been blessed with outstanding leadership. I attribute this to the fact that CCIM Designees are the best and brightest in their field of commercial real estate providing an ample pool to draw from. What I do not understand and refuse to accept is the general malaise members display to this critical process, so I am writing today to share details on how our chapter elections work.

The President with the consent of the Executive Committee shall appoint a Nominating Committee consisting of at least 9 Designee members, 4 of whom shall be Past Presidents and 5 members at large with the goal of having a representative from each of the eight districts.

The Nominating Committee shall meet on or before June 15thof each year with a quorum of at least 7 members and by vote shall nominate at least one person for each Chapter officer to be filled. The nominees shall be announced to designees and Institute Candidate members by June 30. Only designees can vote. This year the Nominating Committee set a deadline of May 21 to submit nominations directly to the committee. After the committee announces the candidates for Chapter Officers, nominations are open to any eligible member. Individuals nominated from the general membership must be qualified by the nominating committee and submit their intentions to serve in writing no later than July 15th. The nominees are then presented to Chapter Designee members who then cast their ballot for the nominee of their choice at a duly constituted meeting or by approved electronic ballot.

District Officers are voted on at a duly scheduled meeting of the District or by approved electronic ballot by only Designee and Institute candidate members no later than August 1. This shall serve as a reminder to District Presidents to plan ahead and hold their District elections before the August 1 deadline.

The Chapter has adopted the approved electronic ballot as their method of electing Chapter Officers to facilitate the elections process by allowing Designee members from throughout the entire state to vote electronically from any location. Unfortunately, this method has not produced numbers that would indicate enthusiastic support for the electronic voting process. As easy as on-line balloting is, there is a lack of meaningful participation.

This may be the right time to look at alternatives such as having the Districts hold voting meetings for their members to cast their ballots, perhaps coupled with a social event. Voting could be done in conjunction with any scheduled event.  I solicit any new and novel ideas on how to increase voting participation. Please send to terrytorres@slccommercial.com.

Vision without action is a dream, action without vision is a nightmare. This is your Chapter and I urge you to be active in your District, participate and be active in Chapter events, volunteer, and above all be a good citizen and vote.